Chinese goons and the protesting against Chinese president Xi Jinping - in Prague, 30 March 2016. At least three incidents:
1. Activist showing banner 'Free Wangyu', Chinese tried to restrain her, Czech police took them and got to a police station.
2. Slavie Cafe corner (chronologically). The Chinese often try to use flags to hide their opponents so they are not visible. They also misused Czech national flags.
3. Close to the he National Theatre (chronologically). After the activist of Amnesty crossed the street, the Chinese snatched the Czech banner from her saying (in English) "Human rights for China" hide it in their flag and damaged it.
Others:
You can also see the big head of 'Xi Jinping' saying 'Stop persecuting dissidents and their families!'
Police in the end decided (reasonably) to let elderly woman go, with her accompaniment, though at that time they did not allow anybody to cross the street.
│ © 2016 Ya Noya.
Read More 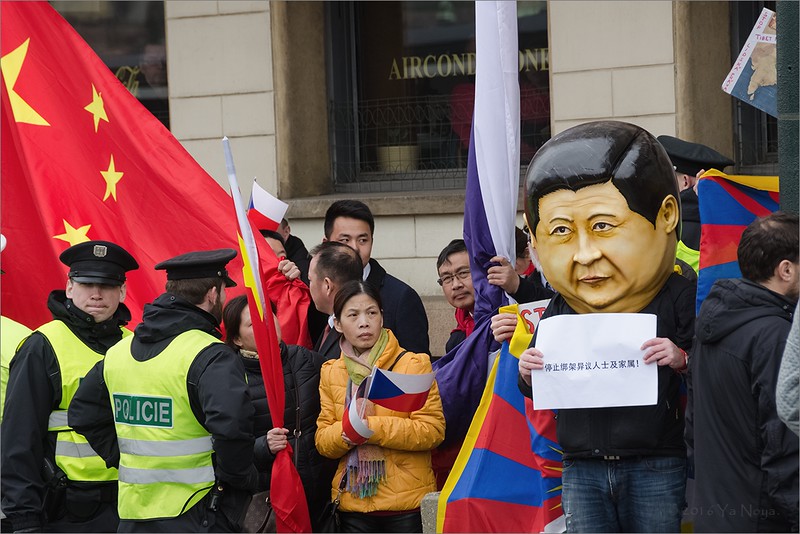